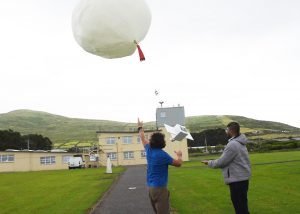 Ei Electronics is delighted to sponsor the SOPHia Physics Project Competition, giving students the chance to design an experiment to be launched into inner space.

The SOPHia project aims to encourage more students, especially girls, to take up physics as a Leaving Certificate Subject. There is a three to one ratio of male to female students taking physics at Leaving Certificate level in Ireland. This has a knock-on effect on the numbers of females taking physics at third-level, and ultimately taking up senior roles in academia and industry.

The Department of Physics and the Science Learning Centre at the University of Limerick, in partnership with the Institute of Physics in Ireland, launched the SOPHia Project in 2018. The project aims to encourage young people to form positive perceptions of physics, and to help address the gender imbalance in physics.

Each year a student competition is launched for projects researching famous physicists, important physics discoveries and local physics. Students have the opportunity this year, to design an experiment that will be launched into inner space. Ei Electronics will fund the development of the winning idea which will be launched from Valentia into inner space in April of 2023. The competition is open to primary school students from 4th to 6th class, and secondary school students from 1st year-6th year.

Full details and an application form are available on sophiaphysics.ie